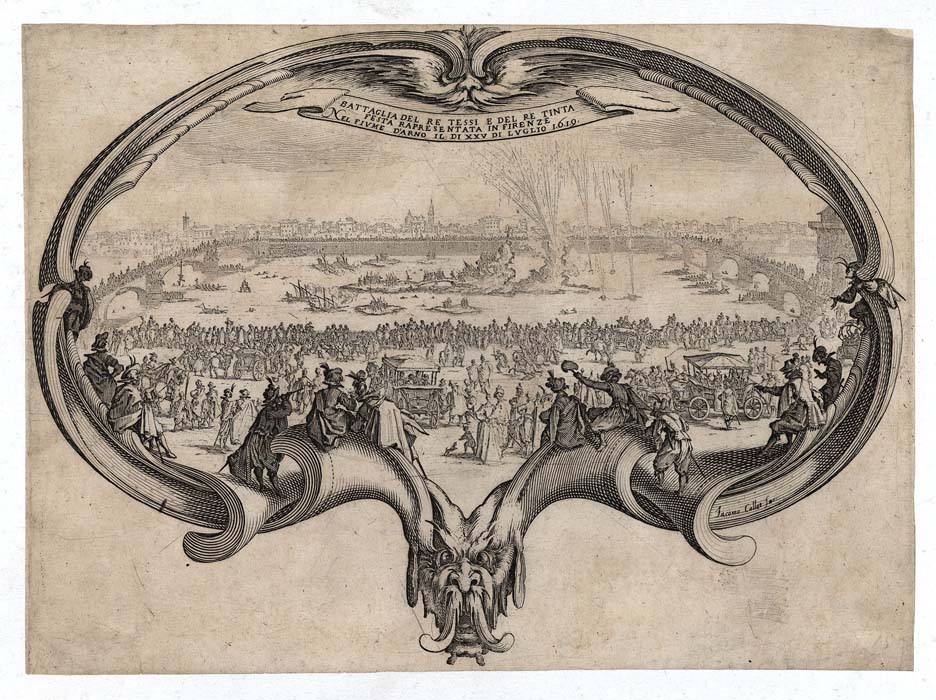 Callot: King Weaver and King Dyer
Move your mouse over image or click to enlarge

The grand duke Cosimo II of the Medici organised and financed this famous festival – Ceremonial Battle between King Weaver and King Dyer - with a firework and theatre performances on the Arno in Florence, 1619. At the foreground a gathered crowd attending the festivities. The scene is framed by an ornate border with a grotesque mask at the bottom. This copper engraving (mounted on a fan) was presumed to be a gift for each of Cosimos 500 invited guests.