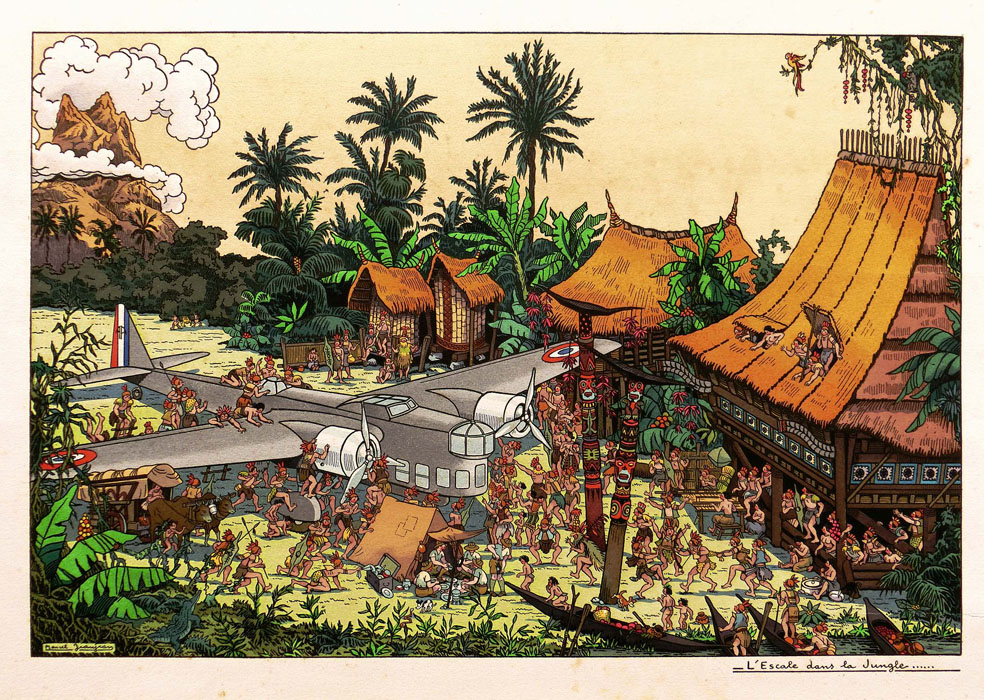 Jeanjean: Airplane in the Jungle
Move your mouse over image or click to enlarge

Stranded Airplane in the Jungle

A twin-engine aircraft stranded in a small village in the Jungle. Natives curiously looking at the aircraft and the crew is sitting in front of it having a relaxed picnic.

Marcel Jeanjean was a reconnaissance pilot in World War I, he always had his notebook with him to sketch his crew and the airplanes during his travels. Later he published his sketches in the illustrated book „Sous le Cocardes“ (1919). His started his career as an illustrator in the humoristic magazine “The Hairy Duck”, later on he was appointed as "Illustrator for the aviation department". His passion for aeronautics and airplanes is reflected through his work mostly in a humoristic fashion.