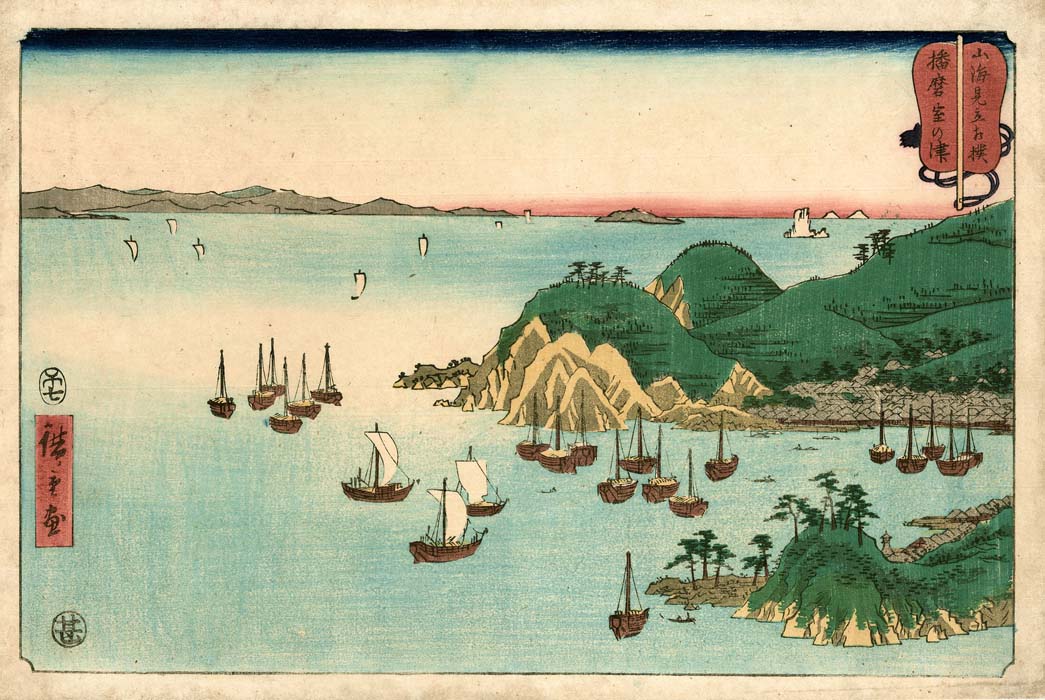 Hiroshige: The harbour of Murotsu
Move your mouse over image or click to enlarge

A view of the harbour of Murotsu (situated in today’s Hyôgo prefecture) and the wide Inland Sea behind. The title cartouche of the series in the shape of a gunbai, a referee fan in sumo wrestling.

Title: Harima Muro no tsu (The Harbour of Muro in Harima Province).

From the rarely seen somewhat later edition published by Maruya Jinpachi, which generally is carefully printed and held in more delicate shades. Maruya supposedly took over the blocks from Yamadaya, the publisher of the first edition, who seemingly went out of business. This attractive landscape series shows ten harbours and ten mountains of Japan. With these, his last oeuvre, the late Hiroshige surprisingly returns to his earlier horizontal landscape format.